Let me show you a picture that you are probably familiar with:

Those are probably the most common release notes that even children know exist and get product update information from.

But did you know that how you design and write these release notes makes a big impact on how people perceive your product?

I didn’t know it myself.

But I do know a thing or two about why release note format is important and how to write fıtıre release notes.

So without further ado, let’s dive into it:

Software Release Notes – why are they necessary?

Release notes are highly important because they are a concrete place for the customers to find information about the product updates. Still, if you want your customers to actually read the release notes, they must be appealing to the eye.

If all your customers are not besties with the Customer Success Manager, or they don’t go to the same bingo club with the Account Manager, they probably won’t know what has been updated on your product or what is going to change in the upcoming version.

I don’t know many people who consider the future release notes as a priority. But let me tell you, I am going to show you a few companies that really care about the structure of the text and the design. Those guys are leading the internet.

👉 They let your users set expectations.

👉 It acts as a knowledge base of what has changed since the previous release, what is up-to-date in the current release, and what is to come in the future releases.

I hear you saying „Aye, no one ever reads the product release notes,” and you are right. But that’s not because they’re not important, it’s because they are horribly written.

I personally get pretty excited when I get the „ClikcUpdates” email from ClickUp.

PS: I will give more examples below, right after I clarify two more important things:

Who should prepare release notes?

The release notes are the result of a collaborative effort.

Before marketing and support can create them, they may need a hand-off or a demo of the update.

To ensure that they are written on time, product managers may need a push from the support or marketing teams.

A technical writer or any other member of the product, development, or test team can create product release notes. A collaborative method is frequently used as part of the product launch process.

What to include in your release notes

Let’s make a list of all the necessary elements of a good release note template:

Yes, in-app notifications do count. Yes, people do open the release emails, as long as they are engaging. And yes, social media is a valid place to make such announcements.

Release Notes can be sent to users via an email address or a group of addresses. There’s nothing much I can add to this header. But I can show you a good example:

You can also post a release note on Twitter, Facebook, Google+, and LinkedIn. Social media posts allow you to reach more people. It’s also a great way to promote your release note to non-users.

A notification will appear when the user opens the app.

If you send out a release note only by email, it won’t reach all your customers until they open up their app again.

An In-App Notification allows you to get your message into the hands of every new customer who opens up the app.

And finally, the most common source software releases, the application store announcements such as Google Play or App Store. If you don’t remember the relevant examples at the beginning, here you can find them.

So now is the time to show everything I’ve talked about so far. Here are the 6 best feature updates announcements examples including emails, in-app, social media, and all other examples.

ClickUpdates is the name of ClickUp’s features updates. To me, even the name is fun enough to open the website and start reading what’s in it. Doesn’t it look like a blog?

Then comes the design. There are multiple good sides to this design:

The only downside of this design is that the updates don’t have headers. It can be difficult for people who don’t regularly follow them to find what they need. But the inside of the release notes are even better:

I personally don’t regularly read release notes, but when I need to figure out something about a product, it is where I start looking.

Slack has never let me down about letting me find what I need.

That is mainly because the categorization system and the clarity of the texts are just on point.

You can even search for specific software releases.

Slack didn’t feel the need to give every single detail of what the bugs were and how they were solved, therefore avoiding using complicated words, and managed to keep the notes short and interesting.

Also, Slack both has their content for the matter, and you can find what’s new within the app.

3- Intercom Built For You

The design hit me from the heart.

If there is something ”for me,” I will take it, please.

Even though the white space is less than desired, I can clearly pick out the future releases and the functions that I’m looking for.

The design at the top, the categorization options, the way they shortened the space that the text covers… All on point.

And they didn’t forget to include the relevant links to necessary profiles, either.

There are 2 other things about Intercom’s page that makes it stand out:

✅ The usage of labels to keep relevant information together

✅ The way they put a little satisfaction survey on the bottom for the clients to rate the functions.

Unsplash is a collaborative photography website that doesn’t have to update its services every single week.

Therefore, they simply publish articles on their blog to inform regular readers about the new version.

Since they don’t regularly publish reclaim policy or security policy updates, their method is probably the best that works for them.

Here’s what one of their well-designed blog posts look like:

From the image below, I know that you might think ”how on earth is this a good example?”

But if you look closely, you can see that the chart that visualizes every single version of the product is an amazing idea.

I really wish they could put a bit more effort into their page. It really has the potential to become even better than ClickUp’s software releases page.

While we’re on it, Let’s discuss why this page couldn’t become my favorite:

❌ The fonts are too small to read

❌ There is a lot of technical jargon

❌ The colors are not appealing at all

It’s mostly due to the design and policies of Microsoft, but just look at this white and beautiful page.

I really feel the need to emphasize how really important the amount of white space is important on a page. Yes, for the software releases page too.

But what actually caught my attention was the small note.

Also, though it’s not the most comprehensive and doesn’t have a search button, Microsoft managed to offer some sort of categorization to make it easier to find what you need.

Writing and designing release notes is one of those things that seem unnecessary, but have actually a huge impact.

I hope I could have been a help for you to get a better understanding of the best practices for creating software releases and how to announce them.

What are the 5 major points which must be part of release notes template?

First, you should have a simple language that is easy to understand. Second, the release notes should be short. Third, they should be grouped logically and not randomly. Also, Relevant links should be included. And last, people should be able to read your company’s tone out of the release notes.

A good release note has a bold header that doesn’t only say „update no 10,” a simple but explanatory body that sounds humanlike, and a simple description of the necessary confirmation.

How do I create a release note in Jira?

Creating a release note release in Jira is not a tough process, though it includes some detail. Here you can learn how to make the best release notes in Jira.

Top 10 Books on Growth and Growth-Hacking

Growth Growth Hacking has been the main mean of success for many companies. Here are 10 books about growth and growth hacking you should read. 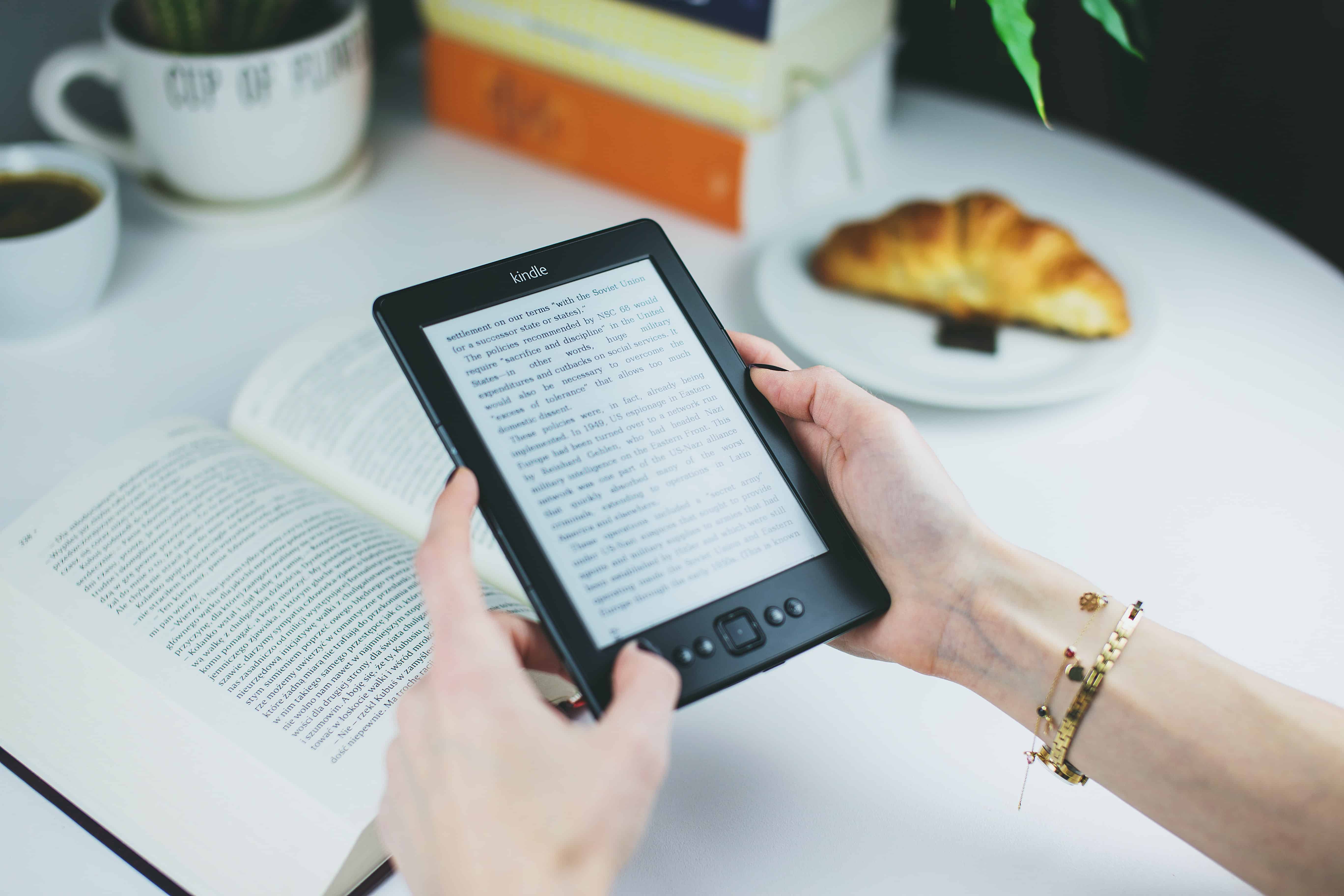 Growth In this list, we share 8 best books for product marketing managers to read to improve their social skills and learn about the best marketing strategies.

Growth Customer success is still a relatively new area of work. Think of it this way: Product development is the foundation of business, and while the concept may be…

Growth If you are an email marketer, you are probably familiar with the feeling of frisson. Do not let the word puzzle you. Frisson is the feeling of a thrilling…

Growth The best HR teams need the top-performing HR software to keep up with the burden of daily tasks and overall employee engagement. Here are 11 HR software to optimize your efforts.

I’m UserGuiding’s growth-obsessed creative content writer and junior journalist. I like to research and write about growth, onboarding, and inbound marketing. If you feel like we could exchange ideas, feel free to reach out via LinkedIn or email! P.S. If I don’t respond, please know that I’m on a road trip with my camera and motorbike.