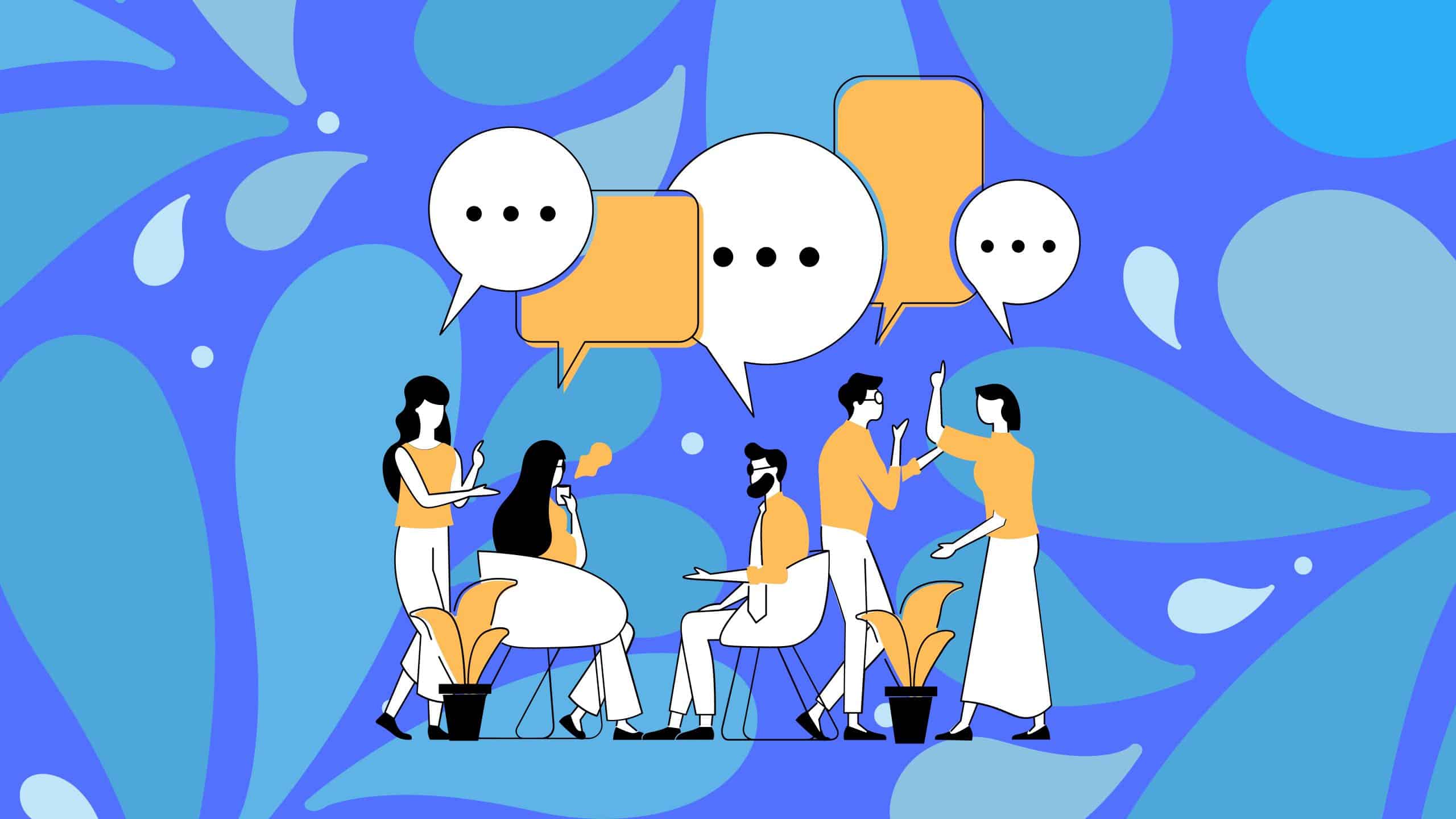 Getting inspired for new design ideas can be frustrating, no doubt, especially in UX design.

Sometimes you want to check out some best practices from most famous UX designers, get amazed and look at your product designer and wonder whether your UX will ever be such good (-yes, I’m looking at you, Alican).

We’ve prepared this directory so that you easily find famous UX designers and follow them to get their inspirations. This article also will give some clues to beginner UX designers about ” What Does a UX Designer Do? “ question.

Furthermore, we’ll regularly update the list so feel free to make suggestions via my Linkedin and bookmark this link to see the new additions.

(-just kidding, Alican is an awesome designer! I’m sure he’ll make into the list next year :))

Before listing top UX designers, I want to clarify that there is no particular order in the listing. We recommend you to check out every UX designer on the list and see what they have been doing lately.

Also, before moving on forward, this list is mainly focused on User Experience Designers. We also have a list of UI designers to follow if that is what you are looking for.

LukeWroblewski is an internationally recognized digital product leader who has designed and built software used by billions of people worldwide.

He is currently a Product Director at Google. Earlier he was the CEO and Co-founder of Polar (acquired by Google in 2014) and the Chief Product Officer and Co-Founder of Bagcheck (acquired by Twitter in 2011).

In October 2011 he published a book named Mobile First which is one of the best UX Desing books. It is a brief but information-packed book that makes the case for why Web sites and applications should particularly be designed for mobile first.

How to decide what to measure/which metric to track:

Remember you are what you measure, so choose carefully!

Farai Madzima is the current UX lead of Shopify, he has been organising Pixel Up! conference and speaking at various different UX and design conferences and events for a long time.

His biggest achievement, except being the main UX guy at Shopify, was building successful banking products that could be utilized all over the Africa, which was a challenge since the access to internet and decent devices is limited in parts of the continent.

He has over 14 years of UX design experience and he wishes to share it with the future of the industry, catch him in an upcoming event or follow his work here.

Whitney Hess is on a mission – to get you to design for yourself!

She has been praising this idea by coaching teams and leaders, publishing writings, and by being a speaker at many conferences and events worldwide. Although she doesn’t “get her hands dirty” by creating quality user experiences, she teaches businesses how to create these experiences by themselves.

There is a lot to learn from her methods and seniority in UX and you can start doing so with her blog articles on UX.

Indeed, that is what Graeme says what his title is, on his Linkedin.

Graeme was a full stack designer and he started to code while he was working at IBM. Now, he is also a very productive maker.

His latest product, prototypr.io, has great design tool recommendations and you’d want to check out before you make your thing.

Do you have a complex SaaS product that is even with a smooth onboarding process your users can’t keep using it? Then meet with Viktor.

Viktor has a technical background which helps him understand the complexity behind the execution of designed ideas, build tools for internal purposes (Design Systems, Knowledge base). Follow his blog on https://minimumviabledesigns.com/ for useful UX tips to help you build better SaaS MVPs.

I can also verify his great talent. We worked with Viktor to improve the UX of UserGuiding! And the great news is… He’s currently open for new opportunities.

After graduating from software engineering, Orkun started his career in UX/UI design. He’s been designing amazing interfaces for all kinds of physical gadgets and mobile apps to control them.

You should follow him on his Linkedin to get inspired by his work on physical user interface design. Also in Sherpa Blog, he’s been writing amazing articles about ux design.

If you are in the SaaS space, you probably know that your strategy, design, development, marketing, and sales have to work seamlessly together to be successful.

So, having some people that can see the big picture on your team has its benefits.

Arda is a business-minded designer with more than 8 years of expertise in SaaS products. His outcome-focused approach helps him analyze your business problems and goals in detail before coming up with a possible solution.

After a successful run in his freelance career, he is now helping SaaS companies connect with their customers at his digital product design studio. You can follow him & his design studio at Linkedin where both channels share a lot of helpful tips regularly.

She is an honorable mention who we gladly include in our list.

Kristy Tillman explains her role at Slack in this way:

The first in this role, I am responsible for the translation of Slack’s vision and culture into design strategy and human experiences across our global workplaces and other spatial experiences.

What an explanation it is.

Before Slack, Kristy was a designer at IDEO. She was an award-winning global design consultancy in which she found solutions on solving design problems across several industries including consumer product goods, finance, education, and healthcare. She also did a tour through the footwear industry as a product graphic designer at PUMA and Reebok.

Pablo Stanley is making design workshops and sharing design tutorials on YouTube. He has a podcast in which he talks to amazing creative people in Spanish and also manages a community of Latinxs who design, gives speeches around the world.

He is a name who is worth following as a designer.

Josh did a great job for UX designers with 52 weeks of UX, an incredible free resource for UX designers. He also was the principal designer at Twitter and the Director of UX at Socialcast.

In 2012, Fast Company named him one of ” 50 Designers shaping the future of Design “. Which he considers it as “a win for designers everywhere who show up, roll up their sleeves, do the work, and sweat the details.” in his own words.

He is currently the CEO & a co-founder of Abstract — a design management platform for modern teams.

Steve Krug (pronounced “kroog”) is probably one of the most famous UX designers around the globe. His first book, Don’t Make Me Think: A Common Sense Approach to Web Usability, is now in its third edition with over 450k copies in print.

He also has written a second book, Rocket Surgery Made Easy: The Do-It-Yourself Guide to Finding and Fixing Usability Problems, and he’s very active on his Twitter @skrug.

The books were based on the 20+ years he’s spent as a usability consultant for a wide variety of clients like Apple, Bloomberg.com, Lexus.com, NPR, the International Monetary Fund, and many others.

Cosimo is currently featured by Muzli in Medium with his article Psychological rules and decision-making in Design, Cosimo is a very talented designer with psychological thinking.

Quote from his article, “Most of our decisions are just driven by habit, limiting the number of choices and prove a clear design can help the users to take a desiderate final action.” summarizes the importance of a clean and simple UX design.

Tiffany is currently featured by UX Planet in Medium with her article Content First Approach in Design: Collaborating with Content Strategists and UX Writers,

She’s building messaging and communication tools for the next billion users at Google. Definitely should keep an eye on her work and articles!

Quote from her article, “Design works around the content. The content is what users need to help achieve their goals and it is what breathes life into the design. Designers, UX writers, and content strategists are the stewards to curating and making that content accessible.” is easily an instant retweet by UX copywriters.

Simon is the real deal.

He has been working as a Senior Interaction Designer at Google for 3 years.

He was a UX designer at Medium.

He worked with Uber and Amazon. And whatever he did at those companies in the past, his journey, is located here in his portfolio.

He shares his experience in UX design and acts as a source of inspiration with his articles, that you can find either on his site or his Medium account.

Also, he has a great newsletter on design thinking that every designer should sign up to through his website.

Not following him yet? What are you waiting for!

This UX designer from Detroit striked me with his website first.

Then I could take a look at his portfolio. I was striked with the design again on a whole another level.

Just look at these screenshots:

His claim is that he can do performance design at the top level, and you should judge him from his website.

He is a 100% correct, because that website looks and feels amazing.

He is a freelance UX designer that will “help great products meet great design”, as he puts it.

16. Aarron Walter – Author of ” Designing for Emotion ” which is one of the Best UX Design Books

Aarron decided to start his UX practices at MailChimp, now he’s the VP of Design Education at Invision. Moreover, he gave a wide range of design and technology courses at The Art Institute of Atlanta as Interactive Media Design Professor.

Oh, and his book, Designing for Emotion, inspired the work of design teams at companies and its principles have been applied by IBM, American Express, The White House, etc.

About the other six books he published, articles, conference appearances, and blog posts, you can visit his official website.

Lucky for us, he’s very active at Twitter and sharing great stuff to answer our “Teach us, master!” calls.

✏️ What is UX design?

It refers to improving a product’s accessibility, usability, and desirability by shaping the user journey and the product.

😎 What does a UX designer do?

📝 How can I become a UX designer?

To become a UX designer, you must possess general design experience and must be aware of what satisfies a customer.

UX Design First, I won't assume that you are reading this article because you are specifically looking for UI design tools, which means that you already know the…

UX Design Bad UX/UI design is literally everywhere. Online or offline, I see lots of examples that seem like they were created with the aim of making me sweat while using…

UX Design At one point or another, everyone has heard of Duolingo. It was a good enough solution for learning foreign languages as it was, and it wasn'

UX Design We all know that great UI design brings about great success. By great success, I mean GREAT to the extent that you can raise your website'

What Is a Push Notification? (+8 real-life examples)

UX Design Do you also forget a lot? Not like turning off the stove or locking the door when leaving the house, but viewing back the amazing websites you've found.

Top 14 Graphic Design Trends of 2022 and Beyond

UX Design We have already reached the second half of 2022, and that happened so fast. I can say since the pandemic; I can't catch up with the fast pace of change in any…