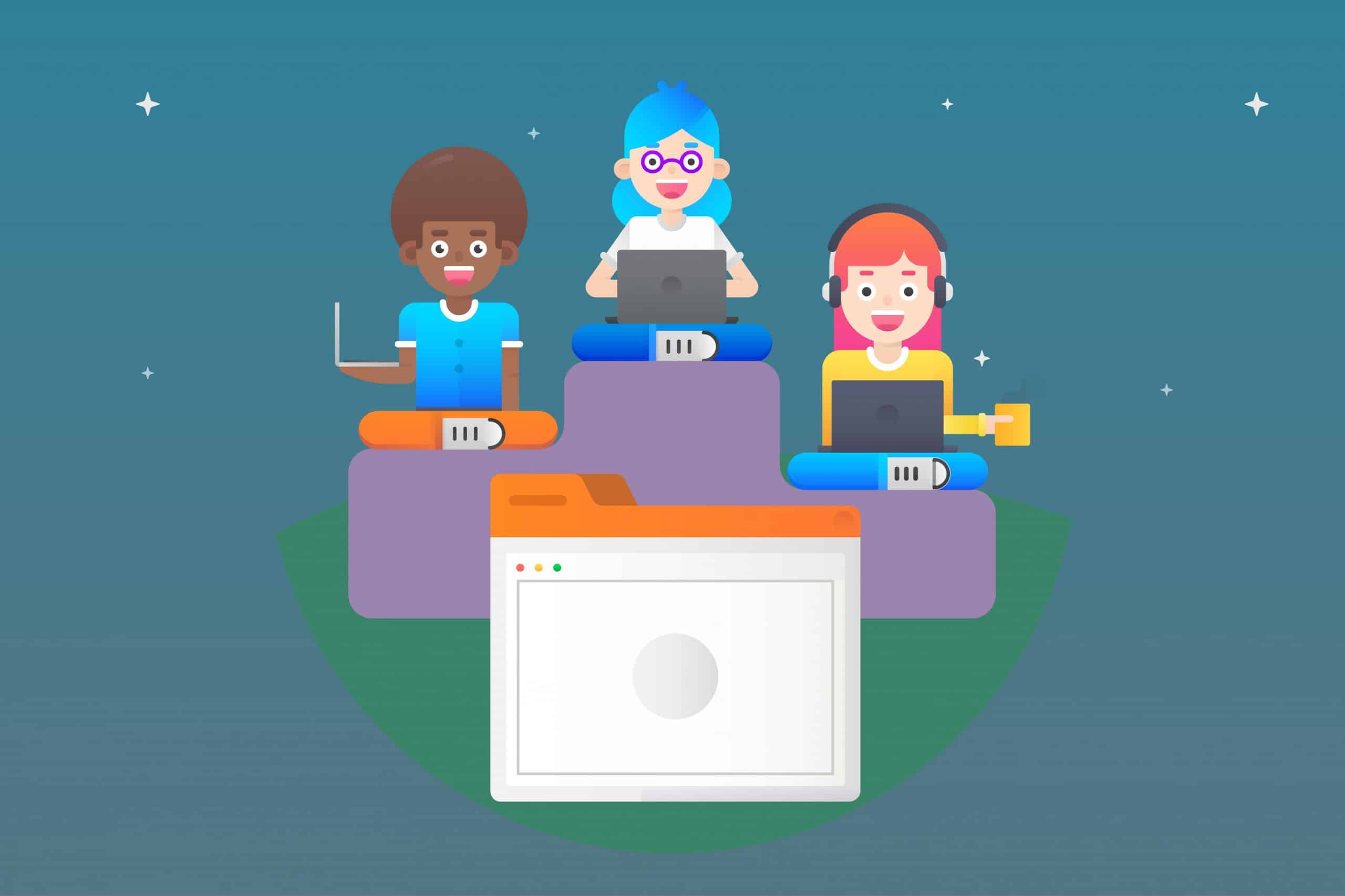 Before we go any further, let’s get this clear:

UX and UI are not the same things.

It is a common mistake because they are quite similar in terms of producing something for and according to the user, and both have the primary goal of pleasing and attracting the user. We could even say that they are two sides of the same coin, or two colors mixed on the same sphere, for they are deeply intertwined.

To explain it briefly, User Experience (UX) is the technical part, it is concerned with how things work. User research, wireframe design and prototypes, and interaction design are relevant to UX.

If you are looking for famous UX designers, click here.

On the other hand, User Interface (UI) is the visual part and is concerned with how things look. User interface designers work on visual design, layouts, and typography.

Now that we know the difference let’s move on to famous UI designers that you’ll want to follow and get inspired by.

It’s not fair to pick favorites but I have to admit, Leo Natsume is probably my favorite on this list.

He is an awarded product designer that also works on UI/UX. He is currently working for Grupo RBS as a digital designer, and before that, he was working as a freelancer. Among his clients are Instagram, Twitter, Google, Uber, Nike and many more.

Once you take a look at his dribbble page, you understand why all these all-star companies worked with him. He has something that a lot of graphic designers seek through their careers: aesthetic. Here is a screenshot from his dribbble page:

Although he is more active as an illustrator, he has projects for UI on apps too. You can follow him on Instagram and enjoy the vibrant designs that he shares regularly.

Jide Lambo is a UI/UX designer and front-end developer from Finland.

He currently works for Nordcloud as a UX designer, creating brand new cloud apps and services. Lambo led a few projects as a design lead, and the cohesion of the elements between the mobile and web versions of the same products is spectacular.

Check out his work on his website, he also discusses the challenges he encountered during the design processes and the solutions he came up with.

Zhenya is an art director, a visual designer and the co-founder of Design Thinking School Sochnik.

With the experience of 7 years, she had worked with Google, Nike, Adobe and many more. When it comes to UI she has a unique style and an independent point of view.

She thinks every project needs an individual approach. You can experience her unique style of UI on her website zhenyary.com.

You can also take a look at her dribbble portfolio where she shares her UI designs in video format.

Daniel Korpai is a product designer at the invision app.

Looking at his background, Daniel is a freelance UI/UX designer who studied business but if you were to ask him, he is a passionate builder. Well, at least that’s what he chose as his title on LinkedIn.

Now, if you were to take a look at his Instagram page, he is followed by more than 32,000 people. He is a tech influencer.

In his account, he reviews new UI and UX, redesigns websites, explores website and app features and gives design tips. Definitely a must-follow account for an aspiring UI designer.

Nguyen Le is an Australia based creative director slash freelance designer, but he is known for his design course where you can “learn an end-to-end design process, looking at UI/UX from a holistic point of view” as stated on the course website, of course, designed by Nguyen Le himself.

He also has an e-book called the Typography Playbook, where he discusses one of the most important parts of UI, typography and the hierarchy of it.

He has a journal where he publishes articles about his experiences as a designer, tips for aspiring designers and recommendations; and also some videos where he shows the behind the scenes of a UX/UI design.

If you think journals are not too functional, you can check out his Twitter account too and make an addition of short little tips on designing to your Twitter feed.

Here’s a little look into his UI designs on his dribbble account.

Starting his professional life as a UI designer in 1997, Mike Locke does have one thing or two to say about UI designs.

He not only has years of experience, but also a list of credible companies he worked for, including Fox Interactive Media, Yahoo! Media Entertainment, CBS and ADP. Today, he is teaching the ways of UI and UX design to new designers on his ML UX Academy through a video course.

You can still benefit from Mike’s knowledge though.

Thankfully, he also has a YouTube channel that he had been actively using since 2010 where he publishes content on UI/UX design. Here are some of his latest and most-watched videos on UI design that I recommend you watch:

No, You Don’t Have to be a Graphic Designer to be Good at Visual UI Design

Your Visual UI Design Style is Outdated – And How to Fix it!

Salim Dabanca is a Turkey-based freelance UI/UX designer, active since 2011. When you take a first look at his LinkedIn page, you may question what makes him special or worth your time, well the answer is simple: this guy is instafamous.

He has over 23,000 followers on Instagram but of course, followers do not make the man, the content does. He posts guidelines and tips that every designer should learn and always remember, and he does it in such a minimal and cool way, even I decided to follow him, with no interest or talent for design!

This person is someone who dedicated his life to teaching as a course instructor.

I present to you Gary Simon, that guy behind the DesignCourse YouTube Channel, that most of you may or may not be subscribed on YouTube. If you are not, I strongly recommend you do.

Why? Let’s remember a fact. Many UI designers out there are also UX designers and sadly, not vice versa.

What is good about Gary’s channel is that he has a lot of content on UI, separately. He gives tips, talks about his own designs and design processes and does tutorials.

If you think his 15-25 minutes tutorials are not enough for you, he has you covered on that too. You can visit his website where you can take online courses. Best part? Most of them are free.

What does a UI designer deal with? Visuals. Gleb is all about visuals.

Having experience working as a senior product manager at Nokia, today, Gleb Kuznetsov is the chief design officer at Brain Technologies Inc., a company that works on AI. It is clear to see he has a futuristic point of view, and he projects it on his UI designs.

He is primarily focused on voice UI design and has many publications on it you can find on his LinkedIn page, as well as his many awards for his designs.

If you are into visual design, you can follow him on Instagram, where he shares his motion art, website UI designs, and many more fascinating web designs. He is the future of UI design; you won’t regret it.

UI design is what we visually love about products such as apps and websites. We should admit it that UX without UI is like a framed piece of paper with nothing drawn on it.

UI designers bring color and style into our lives. We should all start appreciating UI designers more and while at it, give them a follow to be notified of the new trends of UI design, whether you are a designer yourself or an entrepreneur that will soon hire one.

If you are interested in people who work with UX, check out our Top UX Designers article.

Also, here are some product design tips for the interested.

User Interface (UI) is the part of product design that users see, which includes visual design, layouts, and typography.

❓Why is having a good UI important?

Although having a good UI is not crucial for a decent user experience, without it you might have a hard time attracting users.

⚖️ What is the difference between UX and UI?

User Experience (UX) deals with how things work, what users go through and their interactions while UI is concerned about how things look.

In-app Notifications – if and how you should use them + examples

User Onboarding In-app Notifications, should you use them and how to use them with actionable examples and steps toward success

7 Customer Experience Best Practices You Should Know About in 2022

UX Design When was the last time you were blown away by such an extraordinary experience as a customer that you just had to tell everyone you know about it?

5 Examples of a Good Customer Experience in 2022

UX Design No matter how great your product is, if the customer service you provide lacks reliability and helpfulness or simply fails to offer exceptional experiences…

Customer Experience Automation (CXA) 101 – everything you need to get started

UX Design Thanks to automation, many tasks that were once quite time-consuming can today be automated for better and more efficient results. This is the truth for any…

UX Design You've probably heard about Seth Godin's well-known saying: Yes, it might have become a cliche now, but I couldn't agree more with it when it comes to in…

What Actually Is UX Research and How Is It Done?

UX Design If you are one of those who feel like a small fish in the big sea of UX research, I promise you will gather your confidence at the end of this instructive article.