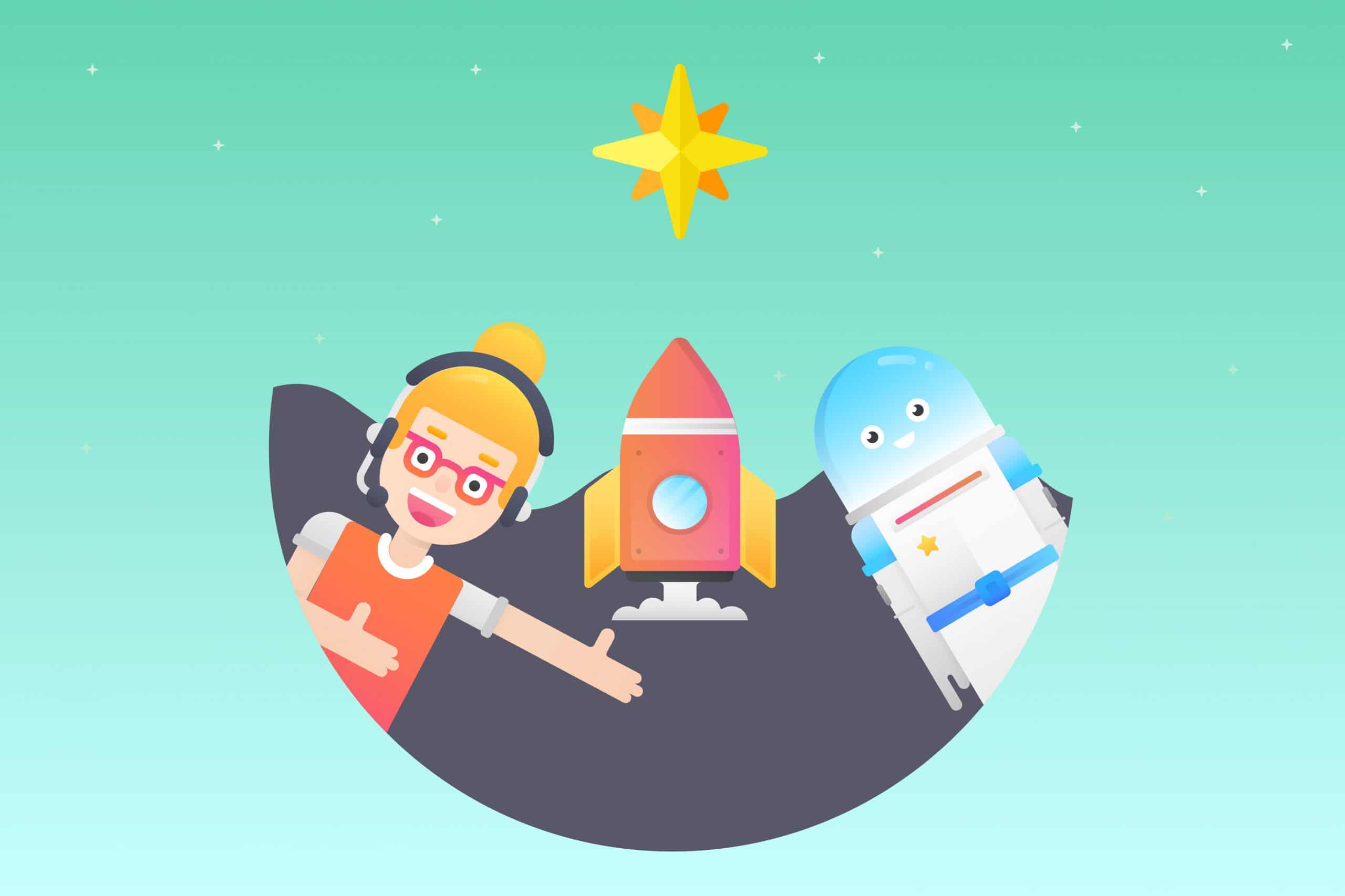 Every product, including a SaaS, needs a North Star metric in order to get the most results.

This metric is among the most useful and the most misunderstood. If you do not have it, you might be holding your business back.

What is a North Star Metric?

To better understand the importance of the North Star metric and how to apply it to your SaaS, you must first have a firm grasp of what this term refers to, let’s define North Star Metrics:

Put simply, the North Star metric is your most important measure of success for your product. Think of it as a defining point when measuring how well you solve problems and your ability to generate business.

The North Star metric should include a product vision statement as well as a metric that is a key measure of the product strategy.

Overall, a North Star metric should measure exactly when your customer gets value from the product, represent your current product strategy at its core, and be a leading indicator for future business outcomes that are important to your company.

Think of it as an all-encompassing tool to guide your strategy. In this sense, a North Star Metric is better than measuring your product adoption rate or conducting an NPS Survey.

Not that Product Adoption Rate or NPS is an irrelevant metric, but your North Star Metric is specific for your business.

What Does the North Star Metric Do?

As the primary measure of success, the North Star metric serves does more than just look pretty on paper.

It holds your SaaS accountable for a specific outcome. It also provides clarity on the main goals, ensuring your product team all agree on what you can get rid of in favor of other features and what needs to be optimized. You get fewer fights and extra focus.

At the same time, the metric lets you track the progress of your product and goals in a way that the rest of your company can understand. This can lead to additional support, which can speed up your project.

Overall, North Star metrics help your team all work towards a common goal and drive growth by understanding the relationship between variables and the conversion rates.

Although many other factors are at play, a strong North Star will be an indicator of your product’s future success.

To make the most of this, you need to focus on metrics that look toward the future instead of the past. For example, look at upstream market capitalization instead of monthly revenue for the metric.

How to Create Your North Star Metric

As you work to create your North Star metric, remember that the best of these will connect to the value that you add to customers.

As such, you should avoid metrics like registered users or daily active values and focus on direct connections with active users. You need your North Star metric to directly connect with the value to customers.

In the case of SaaS and any other product, a good North Star metric will align with your customer’s “Aha!” moment.

This moment refers to the early interactions you have with the customers that lead to their satisfaction and choosing to continue working with you, whether it is when they sign up for your email list, refer someone, or add users to their trial.

Consider Up to Four Dimensions

Start by Choosing Between the Attention, Transaction, and Productivity Games

Your SaaS will likely be focusing on attention, transactions, or productivity.

Start by figuring out which of these is your focus. They refer to maximizing the amount of customers’ time you capture, the number of commercial transactions, and the high-value digital tasks your customer performs, respectively.

What if you cannot choose between them?

You must either prioritize one over another or create multiple North Star metrics. You may also be able to choose a metric that combines them.

You Can Have More than One North Star Metrics

It is simpler to have a single North Star metric, but larger companies may find themselves needing several.

However, try to keep these metrics to a minimum and avoid having more than three or so. You need just one or two guiding principles. After all, you would get lost if you tried to follow two North Stars in the woods instead of just one.

It is more common to use multiple metrics when teams have slightly different goals in mind.

To make sure you have a clear idea of what a North Star metric is, consider a few examples.

One example is a vision of building improved products and a key metric of weekly querying of users.

In the early days of Facebook, the company’s North Star metric was the number of users who added seven friends within their first 10 days.

For Airbnb, the metric is the number of nights booked.

Or an e-commerce company could have a North Star metric of the number of orders placed on mobile devices and delivered. Instead of just tracking the number of mobile orders, the metric would also track value in the form of positive customer experience, i.e., receiving a delivery without logistic problems or returns.

An example of a North Star metric for B2B SaaS could be something such as trial accounts that feature more than three active users in their first week. This metric would capture free accounts that are likely to convert to paid accounts in the future.

Alternatively, it could be related to user activation, such as the number of weekly users who make their first order.

The North Star metric is the most important metric that your SaaS tracks.

This is your priority above all other goals, giving your entire team a common objective to work toward so there are fewer disagreements and less confusion.

If you do not already have a North Star metric, it is time to find one, so you can start using growth tools to work toward your primary goal.

Discover the rule of 40 SaaS metric.

🌟 What is the definition of a North Star Metric?

North Star Metric is a custom metric that holds your company accountable for a specific outcome that you defined, usually adopted to measure a company’s progress to its main objective.

❓Why is a North Star Metric important?

As all businesses have different objectives, having unique metrics that display their progress towards them is necessary.

💫 Can I have multiple North Star Metrics?

Of course, but it is best to keep them limited as they will be what guides your whole company. If you have a large company that can’t be aligned under a single metric, you can have multiple North Star Metrics.

Growth Tech companies are innovating the world and improving our lives with the experiences they offer. Here are the 22 biggest technology-based companies in 2022.

11 Best Popup Software That Will Boost Conversions in 2023

Growth Choosing the best popup builder might seem overwhelming at first. However, it would be best if you considered various factors while selecting the suitable popup

Growth A CRM tool is a must-have for every business that would like to engage with customers in a healthy way. Here are the top 15 CRM tools in 2022.

Growth It is almost time for Black Friday but do you know how to launch the best campaigns for your SaaS product? Let’s take a look.

11 Trello Alternatives You Can Use Instead in 2022

Growth Despite Trello’s popularity among big companies, it might not be the best option for handling large volumes of projects and teams. That’s why we’ve put together this list of 11 Trello alternatives for you to check out and help you take your project management to the next level in 2022.

Growth Ever heard of Asana? I bet you did; it’s been over two years in the middle of a pandemic AND we all needed project management software for teams to balance…