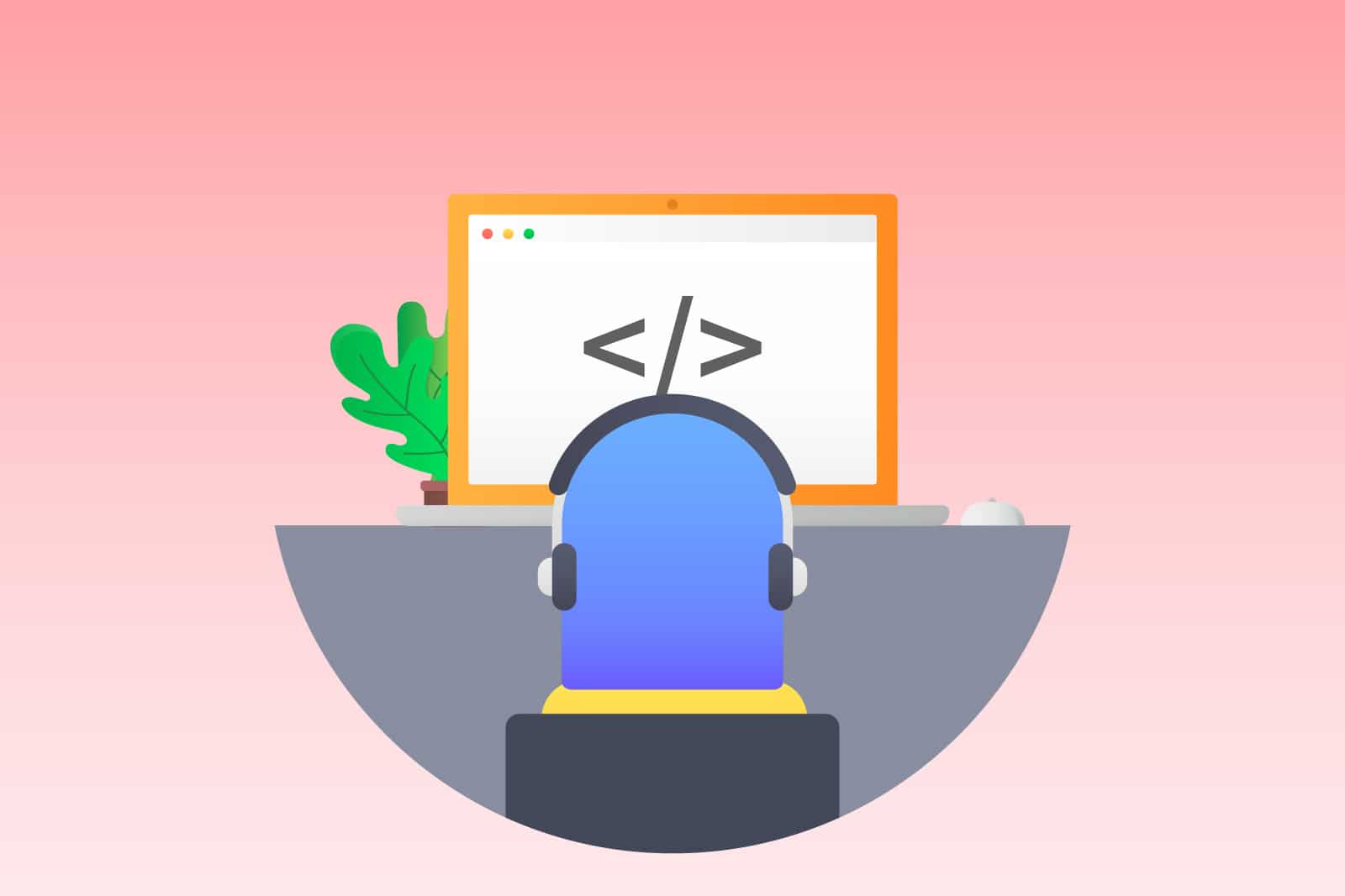 The question of whether a UX designer should be able to code or not has been the topic of many debates for at least a decade.

Yet today, it does not have a clear answer.

The reason why it is unanswered could be that there is no authority to say, or maybe it’s because of the ever-growing and changing environment of the technology world.

Whatever the reason may be, I think it will still be discussed for a long time, because people have two standpoints regarding the issue, and they both make sense (kind of).

Some think it is essential for UX designers to know how to code because they work with and for technology and thus, they have to know the language of it, while others think knowing the technicalities hinders the designer’s creativity.

Well, although one can argue that either one of these is correct, one can also argue that neither is. There are not only black or white but also gray areas to the issue.

Let’s look at some reasons why they don’t have to code and why UX designers should know how to code:

UX Designers Don’t Have to Know How to Code, Because…

That’s just not the job description

Who says they have to?

There are many successful UX designers who don’t know one thing about coding because that is simply not their job.

Let’s remember again, UX design is collecting data on the user’s desires and to optimizing the user experience on an application or a website.

So, a UX designer’s main goal is to present a better user experience, not code. It may help at some points, but it is not a requirement for now.

Besides, most companies have been focusing on good work rather than cheap work since the last decade, so chill, there is no way you won’t find a good job without knowing how to code.

Working with others is better

If you know how to code, you may end up doing some of the developer’s work. This sounds good at first, and especially for the companies, it is better to hire one person for the job of two, but it may be better to work in a team sometimes.

Think about it, the ideas of others may improve a project. It is proven that in most cases teamwork is more fruitful.

Besides, even when you know how to code, there may be other people who know a thing about coding that you don’t know. So, learning how to code with the idea of being in charge of everything may backfire.

There is too much to learn

According to Wikipedia, there are currently over 700 programming languages.

Well, this does not mean tech people who code websites and apps know all these languages and it’s true that even a little bit of knowledge on coding helps broaden a UX designer’s horizon, but if you really want to do coding on your own and combine it with your UX design, you need to have commitment.

Otherwise, it could be better to focus on one’s design skills. Most end up in decent places by doing so.

Because although the machines and technology become more and more prominent in our lives, they still serve humans, and humans have certain demands, starting with a smooth experience.

While the otherwise has advantages too, the focus of the UX designer being on a narrower frame than a wider one that considers coding and other elements can produce better results in terms of productivity.

It is the age of no-code tools

As a UX designer, you probably are looking to turn your designs into a product; and think you need a developer for that.

There might not be a need for a single line of code in your project; because there is possibly a non-developer friendly tool that can do most of the work for you.

For example, you are a UX designer for a web app and your company needs you to design a user onboarding flow.

You start designing, a couple of wireframes, then hand it over to a developer and they create that for you.

However, it would be even simpler if you could take the developer out of the process; and create whatever is in your head by yourself. With a third-party tool such as UserGuiding, you can.

With a no-code user onboarding software such as UserGuiding, you can create product tours, feature highlights, user surveys, checklists, and more without any technical background.

I think there is enough reason why a UX designer does not have to know how to code, the first one says it all though. It’s just not the job.

Let’s move on to the reason why a UX designer should know how to code.

UX Designers Should Know How to Code, Because…

They should understand the developers’ lingo

It is essential UX designers understand the developers.

Most UX designers work with developers, they are the ones who build the project. Just as an architect should know how to communicate with an engineer to create a well-constructed building, a UX designer should know the developers’ language.

This can maximize the productiveness and minimize the time spent to figure things out on both sides.

They can have better employment opportunities

What is better than understanding the developer?

For most people, this is the reason why they decide to learn how to code.

After all, knowing how to code gives the UX designers more authority on the project and more capacity to further optimize the user experience.

And you can think about it from the developers’ point of view too. Should developers know how to design? Could be the next hot topic, don’t quote me on that, though.

They can better foresee their designs

We know that the process of design and programming works in a pretty simple way, or so we think. The developers program the website or the app, then the UX designers do the designing or the other way around, and sometimes at the same time and in the same process.

Regardless of the order of the journey map, the UX designers need to see how their design works when in use.

Although one can find ways to preview the work through software or with the help of a developer, why not do it yourself?

With just enough knowledge on coding, a UX designer can get a better feeling of the user experience they are designing and evaluate their work on better ground, without needing a developer’s help and revealing a faulty design. Hey, we all make mistakes.

Coding is a great skill that looks great on any resumé. Besides, it is fun and practical for anyone who uses a computer.

HTML and CSS are the most widely used programming languages by designers and it takes a month or two to be able to use them sufficiently. Some even finish the course in a couple of weeks. Not so time-consuming, is it?

Also, it is a base skill for many other jobs, so, a great way out if you don’t want to be a UX designer anymore. I won’t tell your company, promise.

You may be thinking “this article baffled me even more”, what can I say, I was very fair to both sides.

The thing is, it is undeniable knowing how to code has many advantages and could possibly give you a very large pool of job opportunities to choose from; but keep in mind that it could be a bit too distractive from what your job description asks from you. Let’s not forget that you may not even be asked to use the skill.

At the end of the day, it is great to have such a widely appreciated skill, but whether it will be helpful in your position depends on the company you are working with and how much you really want to be in charge of.

So, do UX designers have to know how to code?

✏️ What is UX design?

It refers to improving a product’s accessibility, usability, and desirability by shaping the user journey and the product.

? What does a UX designer do?

⌨️ Should a UX designer know how to code?

No, and yes. There are many reasons to know to code or passing on it for UX designers, which we have listed in our article.

UX Design At one point or another, everyone has heard of Duolingo. It was a good enough solution for learning foreign languages as it was, and it wasn'

UX Design We all know that great UI design brings about great success. By great success, I mean GREAT to the extent that you can raise your website'

What Is a Push Notification? (+8 real-life examples)

UX Design Do you also forget a lot? Not like turning off the stove or locking the door when leaving the house, but viewing back the amazing websites you've found.

Top 14 Graphic Design Trends of 2022 and Beyond

UX Design We have already reached the second half of 2022, and that happened so fast. I can say since the pandemic; I can't catch up with the fast pace of change in any…

UX Design I am taking my baby steps into the world of graphic design nowadays, and I came across this quote from David Carson in an interview: "Good design comes from the…

5 Best SaaS Websites with Outstanding Design (with their shortcomings)

UX Design You probably experienced designer's block more than a hundred times as a web designer. The key to overcoming it is to look for design inspirations outside.